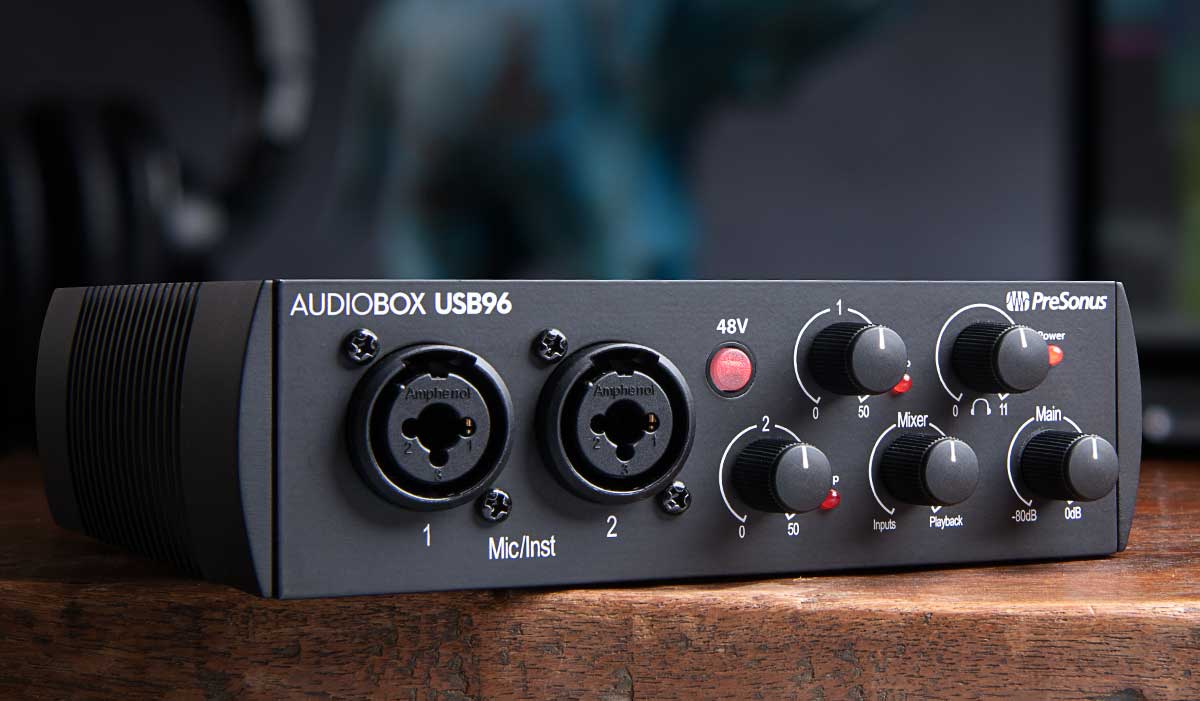 The renown Presonus Audiobox USB 96 audio interface. The tech sheet says it has two analogue inputs, stereo outputs as well as Midi in and out on 5 pin din connectors. Included in the package is a slightly stripped-down version of Presonus’ highly acclaimed STUDIO ONE software, now in its 3rd version.

The software actually has pretty much all the features that a newbie producer would need to start making beats and producing music. Unlimited audio and midi channel count, a variety of FX and built-in virtual instruments, downloadable sound packs once registered, plus loads more. The software offering, in this writers opinion, is worth the price tag alone.

But back to the soundcard. The previous version of this interface only recorded at a resolution of 48khz. The little blue box got an upgrade a year or two back, allowing recordings of up to 96khz, hence the name of the soundcard in question. I personally track audio at 48khz, meaning above CD quality’s standard 44khz. 96khz is slight overkill in my view, especially in the entry level market, however, the fact that it is available, and if you have a faster computer with enough hard drive space to accommodate the slightly larger file sizes, then 96khz extra digital headroom might be worth your while.

A dedicated headphone output with its own volume control rounds off this very capable audio device, making it my go to interface, value for money-wise, for years now. A decent review would not be complete without a minor niggle here and there. Mine comes in the form of line inputs – there are none on the Audiobox. XLR microphone and Hi-Z instrument inputs on the same combo inputs as the XLR only. This is versus the closest competitor to Presonus, who offer their interfaces with switchable instrument/LINE inputs. Line inputs, of course, being handy if you need to send the output from a mixer or cd player, as examples, to be recorded by the interface. Instead of seeing RED, I hope Presonus finds a way to add this feature to the product in the future. This will truly make the interface a hands down winner in the entry level USB soundcard market, let’s see if they can get their focus right…

For now, the Presonus Audiobox USB 96 is an absolute bargain if you are looking for your first interface, or just require a reliable soundcard for everyday use. Dedicated digital drivers make latency issues a non-issue, and USB 2.0 connectivity means compatibility with most PC and Mac machines. 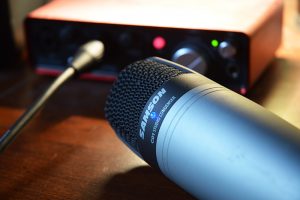 Prices are subject to stock availability on the online store

No products in the cart.

Please enquire about stock availability due to COVID 19 Dismiss